Never try to second-guess a Marine 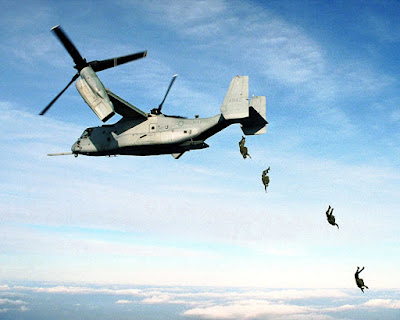 Which caption best fits this photograph and these videos?


I knew there was a catch to the "no smoking indoors" sign.


Count to ten and pull what?


Deep down inside, all Marines are frustrated actors.


Are you sure you have her address right? All I can see is water!


This is how you guys play "follow the leader?"


Marines are much more multi-talented than you might think ....


I thought this was the chow line.


You wanna make a memory?


This is what the recruiter meant when he promised me flight school?

For whom the bell chimes 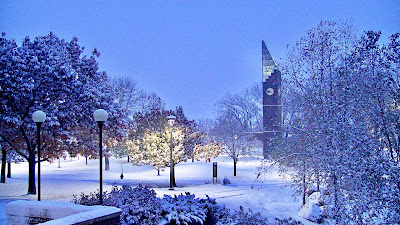 For better or for worse, this snowy scene is what the bell tower on the campus of Minnesota State University in Mankato looked like in the pre-dawn hours of today -- November 6, 2019. As much as I would like to take credit for this photograph, it is not mine and was sent to me by a friend who awakens mornings much/much/much earlier than I do. There was measurable snow "up north" long before today and a trace amount twice "down here," but this is the first measurable snowfall this season in my neck of the woods.
Just to warm you up a bit, also here is an old/old/old song entitled, "Everlasting Love," performed by a Brit group named Love Affair. The singer is Steve Ellis, who was 17 at the time of recording, and the band itself fits my definition of "teeny bopper." I like the song and it certainly is made for dancing -- shove the furniture aside and try it ....

Serenity on an almost-winter day 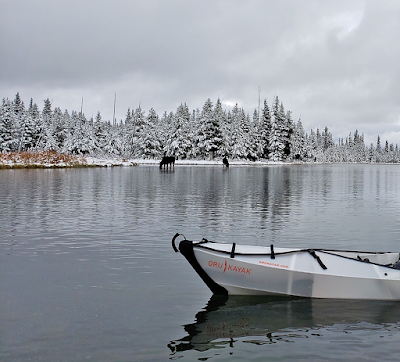 There was no bride involved here, but the photograph brought to mind an old saying: "Something Old, Something New, Something Borrowed, Something Blue, a Silver Sixpence in Her Shoe." The old and the silver sixpence came in the form of a creative imagination and an 1876 dime I carry with me .... it would be complicated to try to compare the value of the two coins, but they are (were) roughly the same size. The new and the borrowed is the Oru kayak. Just for good measure, you might notice the pair of moose in the "blue" water on the opposite side of the river. It is a river, somewhere between Minnesota and Michigan (hmmmm), albeit one with a slow/slow/slow current. It was a pleasant day in many ways: Not too cold, no wind, no snow or sleet in the air -- and, what better way to enjoy a few hours than by paddling on a pristine body of water among snow-covered trees?

This model kayak goes for about $1,600 with paddles bouncing the price upward at $130 apiece. Oru kayaks can be broken down and carried in an optional backpack which will ring the bell another two hundred times. Very handy, though, at only 28 pounds.

Ricky Nelson, Cherilyn "Cher" Sarkisian and the band Boston provide a musical interlude for those who wish it. I like them all. I will not elaborate why I enjoy Ricky's music. Cher has sort of a unique way of pronouncing some words which is not exactly a regional accent. Accents and varying pronunciations of words intrigue me, which is one reason I like her songs / her voice. Perhaps, I should write a post about pronunciations some day and further bore you to death. When playing with the original lineup, which means Brad Delp singing, I think Boston is pretty much the best of the best.

You will excuse me this time around, I hope, because serenity, like happiness, is temporary and fleeting. This is the first day of FramWinter, which makes me contemplate hibernating from now until midnight on March 31, which is the end of it. Due to my mood, I am in "hanging out" mode at the moment and suspect I will be for some months.